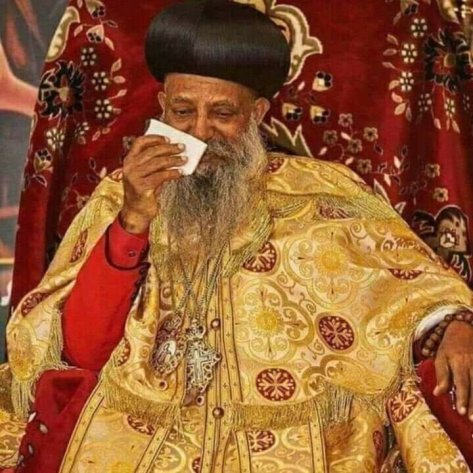 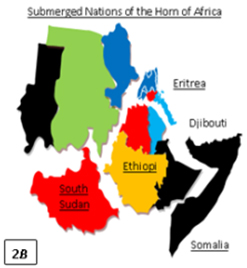 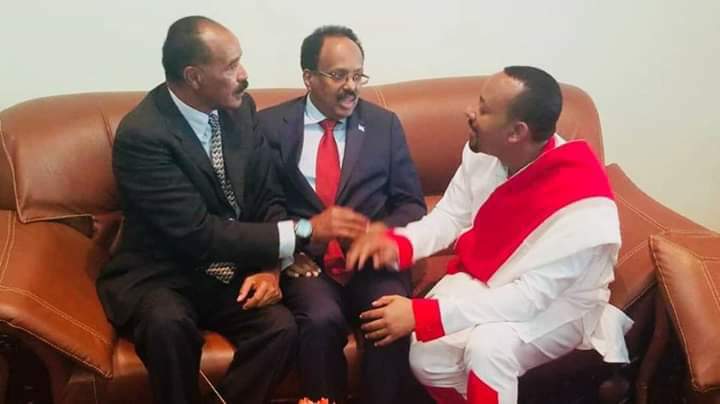 The New East Africa seems to move out from Marxism to embrace a vague democratic recovery lead by pseudo liberalism ideology. This is somehow a transition from the failed godless state bureaucracy to a God/god fearing government. To accomplish this, the USA invented spiritual movement is playing a great in controlling the mind of the people by replacing those already existing orthodoxy religions that were killing each other for the last 1400 years or so.

The new spiritual movementism, commonly called Pentecostalism in Christianity, or Sufism in Islam, Judiasm in Jewish religion, Yoga in Buddhism, etc. is compatible with pseudo-liberal ideas and democratix governance systems. Therefore, it is better to update the decaying mindset with a NEW but OLD methodology to control the people’s mind so easily. To accomplish this, Pentecostalism was the perfect tool.

Since its invention, Pentecostalists were prophesizing the END OF TIMES and coming of Jesus. This biblical prophesy is indirectly supported by some Muslim scholars, especially the Sufists and modetate Muslim brotherhood liberals to acknowledge the coming of Jesus and unity of Abrahamic religions. For this, all eyes were looking for the new year 2000 to be the end of the world. In fact it is the end of the world though not in its literal meaning.

The first sign of the end of the old world was the bombing of the New York twin towers in USA.Since 9/11, the world was going dramatic changes to accelerate the New World Order. Because of unfinished tasks, the creation od Jews State(Israel), there were some delays. The war that lead to the victory of Israel were not complete and there were some new financial adjustments that had to be done.

Thanks to the world economic crisis of 2008 and the killing of Osama Bin Laden, the fall of Gadafi, and rise of ISIS, al-Shabab in Somalia and Boko Haram in Nigeria, war in Yemen and Syria, etc, the movers and shakers of the world achieved great success to end the old world order and inter the New one.

East Africa conducted great military acheivement by applying Marxism revolutionary ideologies although they failed to transcend it to government systems. Somali was the best example of failures. Eritrea has lost its revolutionary ideologysince its independence in favor of One-Man party, the PFDJ.

Thanks to the late Meles Zenawi, he is the only marxist in East Africa who systematically applied revolutionary democracy for governance without betraying the core principles of Marxism/Leninism as a his political guidance. Ethiopia was successful to transform iself within 27 years of TPLF controlled central and highly bureaucratic government into a formidable country of immense economic development potentials.

Now, the end of old times and beginning of new era seems about to start in East Africa. But, what I see as key indicators for this new era seems suicide. One of this is the New East African order which is in place for implementation. 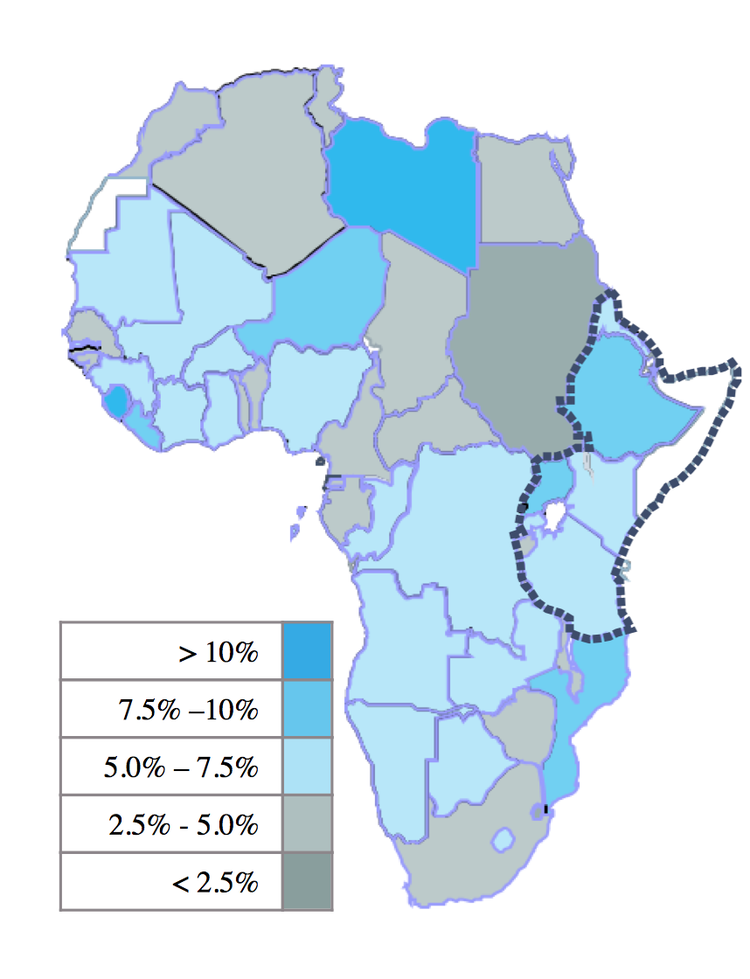 East African leaders should learn from their 2000 years history. Religion was at the center of all these chaos that dvastated the ancient civilization and which has divided the people of the Horn of Africa so deeply that we are now in a stage where unity is a rare commodity. Worse, the new Prime Minister seems confused in the separation of state and religion.

So far, the New African Order is progressing in the right direction although there are some challenges from small countries like Djibouti and the distant countries like Tanzania. Dr. Abiy AHMED , Dictator Isaias and Somalian President Farmago have come together to show their committement for the New East African Order. And, there are some positive developments with South Sudan and Kenya. Sudan is not part of the order, therefore it is not playing any role in the changes that is going on in East Africa. Because the New East African order is strictly for those countries which have direct gate to Indian Ocean and able to influence the trade routes through the Red Sea. 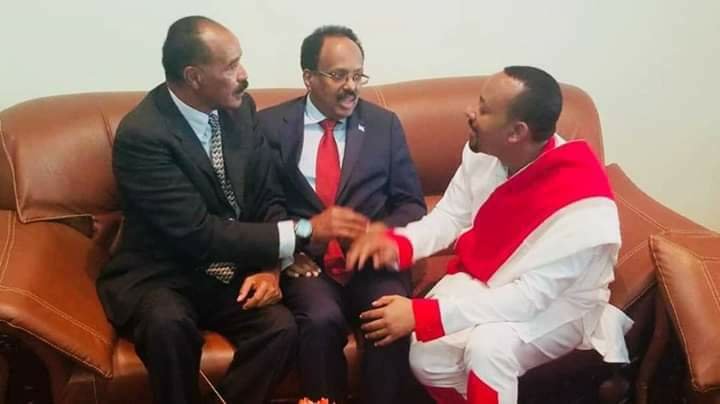 And, it is not only about Dr. Abiy AHMED, the ultra-revolutionary political organizations of the East of Africa, PFDJ and TPLF have betrayed their basic secular principles to embrace religion. In brief,

Unlike the GREAT Revolutionary Meles Zenawi, Dr. Debretsion betrayed Leninism and the ideology of Revolutionary Democracy poinered by Meles Zenawi and he seems to join AGAZIANISM, the rivaval of Axum civilization and Greater Tigray. 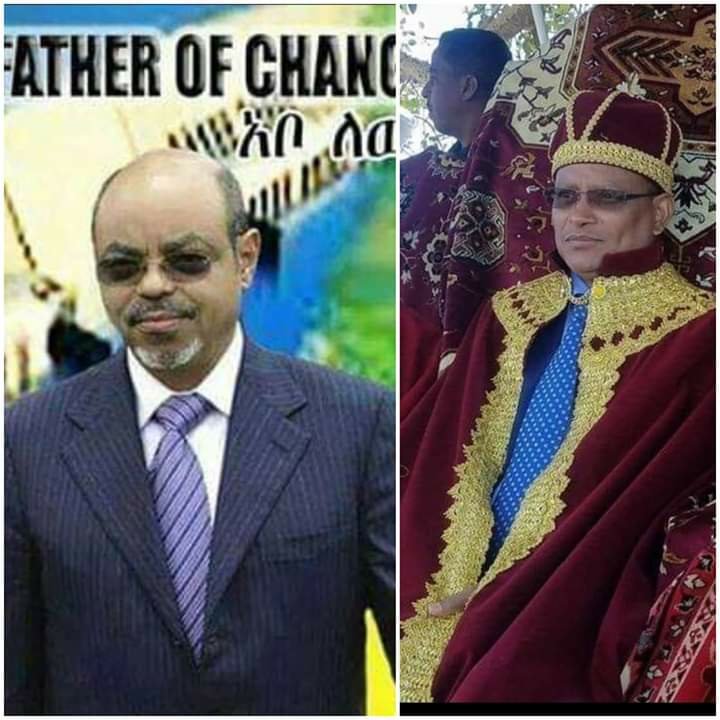 Isaias Afewerqi betrayed for Maoism and his own corrupted version of Social Justice ideology. He seems to join monarchism, kingdom of the royal family. 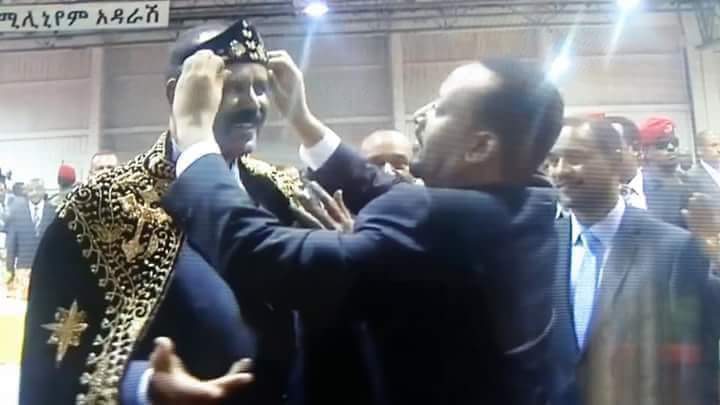 The grand winner and the new pseudo-Liberalist, Dr. Abiy AHMED, who seems to experiment Pentecostalism in East Africa, is at the highest throne to represent the throne of ONE ETHIOPIA as ordered ubder the new map of East Africa. 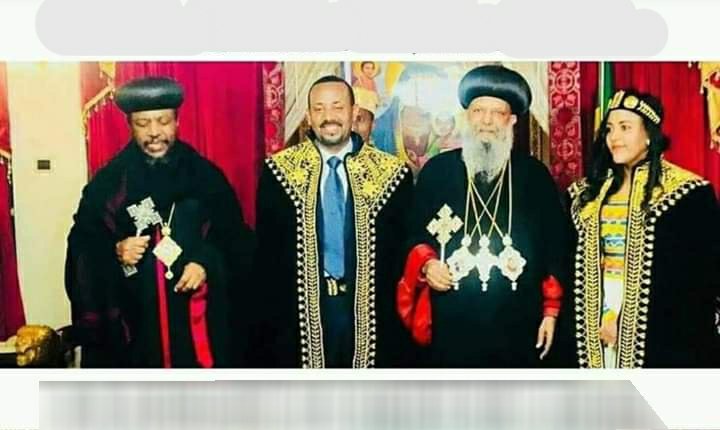 Dr. Abiy AHMED is believed to be the God(?) sent new Neo-Liberalist leader. His ideology is not clear but it seems he is urdent follower of Pentecostalism, a new spiritual movement that preaches the biblical prophesy of end of times and return of Jesus the lord, in short, the New World Order.

Although he seems to embrace liberal democracy, he is in confusion between democratic governance system and monachism. And, I do not think Dr. Abiy AHMED will be the ideal person to lead the New East African Order. He will be just a useful pseudo-liberalist that could help Ethiopian transition from revolutionary democracy to liberal democracy through the help of the hidden hands of powerful forces. 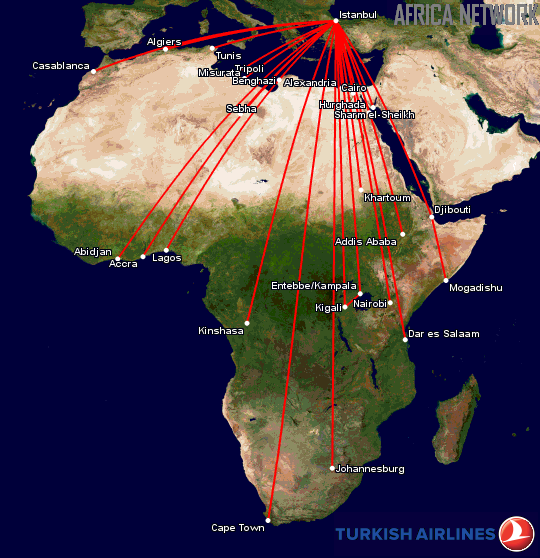 For the last 20 years, Turkey has been investing heavily in the Tigray region of Ethiopia. This rapid expansion is following the grand ambition of Erdogan to make Turkey great again.

To make his dreams come to reality, Erdogan government is investing heavily in Somalia and other parts of Africa. Today, many centers are established by Turkish businessmen and institutions in Somalia.

Turkish expansion has also took footsteps in Ethiopia, especially in Tigray Region. Textile industries are expanding and other large industrial complex centers are under plan for construction. 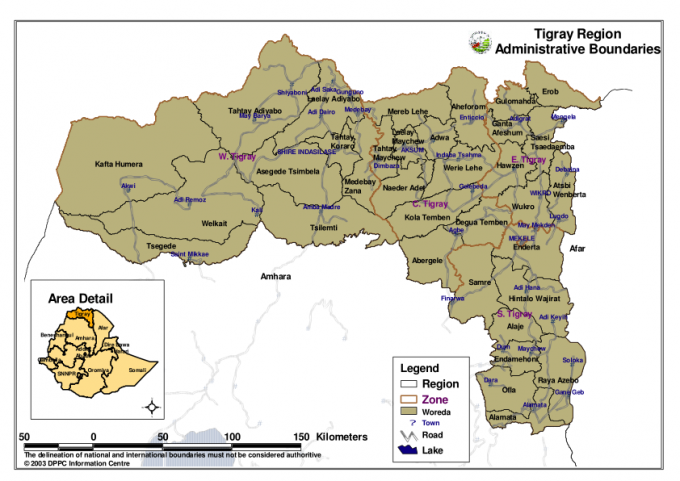 With the curent pace, the Ottomanization of Tigray Region of Ethiopia is coming soon. Hundreds of hectares of land are now occupied by industrial complex and production is booming.

With the opening of Eritrea-Ethiopian relationship, Eritrea will be beneficiary of the merchadies trasportation through the Red Sea ports, especially Massawa. This new era is another chapter of the lost trade relationship controlled by Turkish deputies (Na’ibs) in Massawa which stayed for more than 300 years(1557 – 1869).

Although Eritrea remained a closed state for the last 27 years, Ethiopia became the center of attraction for investors. And this can expand to Eritrea of friendly economic policies are outlined.

It is hard to evaluate Turkish invesent impact in Eritrea at this moment. However, it is good to look historical contexts that need to be considered seriously for any future business activities.

Ottoman Empire is known for its vast Slave Trade aactivity in the Horn of Africa.

Massawa was its empire provice city center in the horn of Africa. Hundreds of thousands of slaves were taken through the Port of Massawa to serve in many sectors run by the Ottoman Sultanates.

These slaves were making them unable to reproduce and continue their generation. Because of these, East African Slave generations are extnicted with almost no trace.

This inhumane act of Ottoman Empire in the horn of Africa is not yet told. Therefore, any trade agreement with Turkish government should be thoroughly investigated with full transparency.

Doing business supported by heavy government funds can be a means to colonization. 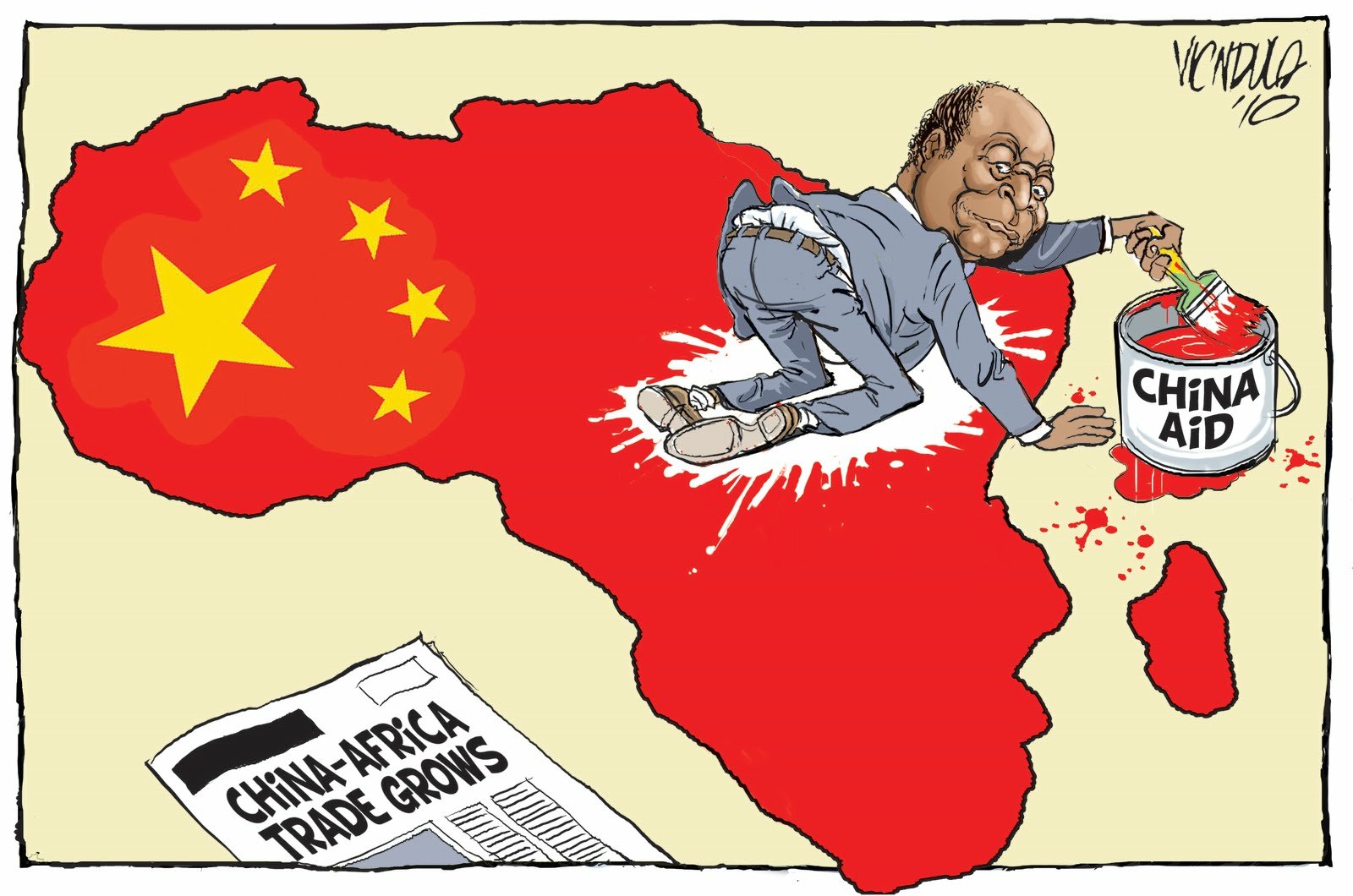 The recent development in Zambia through Chinese expansion is an alarm for many Africans. And, Turkey has a grand ambition of re-inventing its past glory by creating strong economic ties with former Ottoman empire provinces. 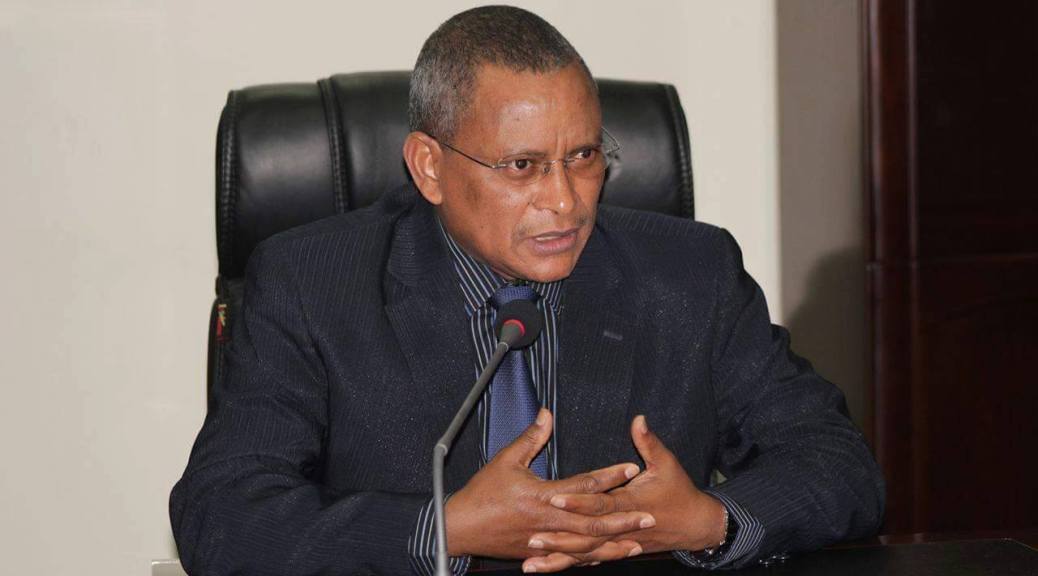 Without doubt the credit for stabilizing Ethiopian politics goes to Dr. Debretsion Ghebremichael.

His leadership to lead the people and his political organization, TPLF in the shock wave that was generated during the power transition from TPLF to OPDO’s aggressive political take-over is an exemplary.

Though Dr. Abiy Ahmed was the game changer, he did a historical mistake by attacking TPLF and by side lining them in his peace deal with Eritrea.

Not only in Ethiopia, but also he showed his leadership quality to stand firm and absorb the bullying political behaviour dictator Issaias Afewerqi.

Tigrian people are blessed to have such quality leaders who can lead them during times of political crisis. TPLF was supposed to be wiped out for good. Nevertheless, as usual, TPLF used its flexible political strategy and smart move to come out successful.

A brave Speech he delivered on the occasion of welcoming peace deal between Eritrea and Ethiopia. I believe this speech is historical, brave, and reconliatory.